A Small Biography of the Sculptor

I, George Koutantos of John and Mary, was born on May 21, 1981. I finished the primary school in Axos and I continued my studies in the General High School of Anogia. Those six years of the high school I lived in the Student Residence of Anogia with other children from nearby villages. Happy years. During this time I did a course of blackwhite photography, which later helped me in the sculpture.
When I was nine years old my family went Day in a field to celebrate the Labour Day and the coming of spring. While we were preparing a barbeque my father with my older brothers were planting a few olives and after they watered the trees. Then bent down and I got into my hands some clay and I began to play, after I put my two fingers into the clay and in my eyes it seemed like… a small head in my hands.

So very small, about 9 years old, I started to make various forms with gypsum, clay and stone before deciding working with wood. Eventually the wood won me because what I built with other materials was very fragile and the slightest break. I was a kid and I did not like to make something and then breaks. A neighbour used to make some little things to sell to tourists, maybe this was an influence.

The first steps, with clay and plaster 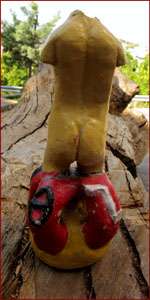 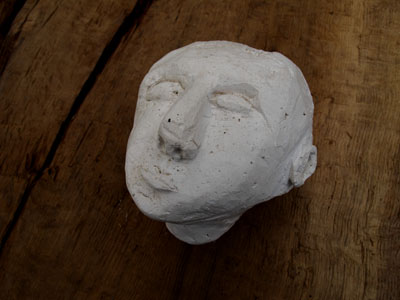 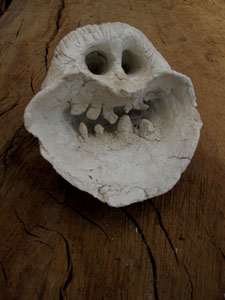 The first lyre from a wild olive tree, and more 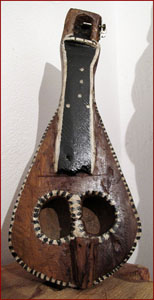 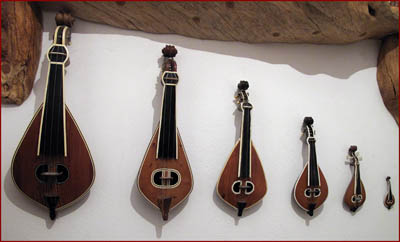 Since then, the primary school, I did not stop working on the sculpture. In the beginning I started making musical instruments, especially lyres. 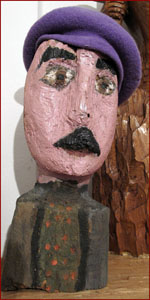 Later in the secondary school I stopped making lyres and I started to make some small wooden sculptures.

At the basement of my family’s house 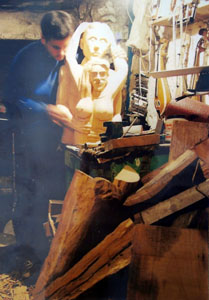 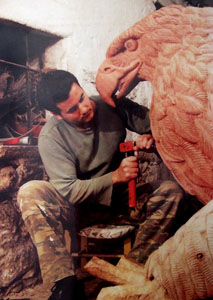 Alone on the basement of my family house, I had a counter with some basic tools and I liked, it pleased me to curve, to create something, it was my passion. The people of the village used to visit me, they saw, they liked and they smiled. But I did not think to deal with art, that happened when I returned from my compulsory military service. In all my work and afford my family supported me psychologically, what I was building was not anything great, but they supported me they gave me courage and compliments, and this gave me strength to continue and not to quit.

The Sculptor and the Sculpture 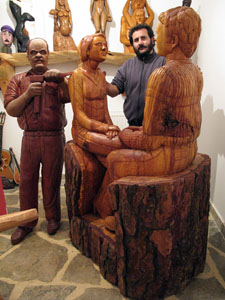 When I finished my military service in 2001 I made “The Eagle with the Snake.” The following year I demonstrated it in the village square in some cultural events of the municipality and the villagers put my idea to deal with art professionally. Since then I started with the idea to make some big sculptures and to exhibit them in a permanent collection, not sold. It has been 20 years since I started making woodcarving until it reaches the sculptures and the space to be available to the public. If someone was willing to do something, what obstacles do you encounter? The poet Constantine Cavafy wrote a poem: “As you set out for Ithaca, hope the be a long road…. I find it difficult and tiring to complete what I have created so far, the path seems to be long. I have participated in group exhibitions in Rethymnon and Heraclion at the Pancretian exhibition of ‘Oikade’ in 2003 which was organized by the Rethymnon Centre of Contemporary Art, I took place in the exhibition “The Myth of the Earth through the hands of man” in 2008 which was organized by the Natural Psiloritis Park, and other events organized by Anogia, Kouloukonas, Cave Sfendoni etc.